A lot has been written about the history of hot rods. But the origin of hot rods can be pointed to just before the end of World War II. In fact, the craze for custom cars began even further back, to before World War I. Customizing cars was much popular with the well-heeled in the U.S. and Europe.

The period between the end of the war in 1945 and the beginning of the 1950s saw a number of factors which came together, mainly in one place, southern California, which created a unique environment for the hot rod and its culture to be borne. In the hot rods history, the term “hot rods” seems to have first appeared in the late 1930s in southern California. People would love to race their modified cars on the vast, empty dry lake beds northeast of Los Angeles under the rules of the Southern California Timing Association. The activity rose in popularity after World War II. 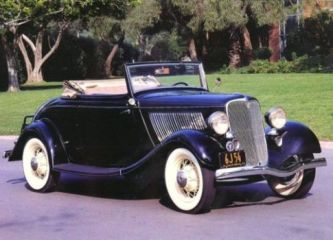 The original hot rods were old cars, most often Fords, which were modified to reduce weight and improve aerodynamics. Some of the typical modifications were to strip off all nonessential part like convertible tops, hood, bumpers, windshields and lowering the chassis. The engine was modified by tuning and/or replacing with a more powerful type. These modifications were considered to improve the appearance as well, leading to car shows in the 1960s. Eventually coupes and sedans joined the ranks. But these heavier models underwent drastic surgery to chop their tops lower and slope their windshields backward.

History of hot rods shows how with the rising interest in the hot rods, “Speed contests” were occurring with greater frequency and more dire consequences. With more causalities occurring, Hot rods were branded as a social menace requiring greater control or, even elimination too. They ran unmonitored and multiple casualties were on the rise.

It was time someone took control of the situation. In 1937, the Southern California Timing Association was formed, which developed more sophisticated timing systems. This in turn helped a lot in making hot rodding safer and more organized. In 1941, a monthly publication called Throttle Magazine was designed with a purpose to track racing results, featuring some of the better cars, and also reporting on new safety and speed issues. 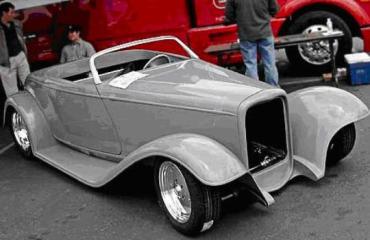 But in 1941, with the U.S. getting involved in World War II, hot rodding would have to wait. Hot rods history shows that at the end of the World War II, many small military airports throughout the country were either abandoned or rarely used. These airports allowed Hot Rodders across the country to race on marked courses. With the hot rodding gaining popularity, many magazines and associations catering to Hot Rodders started along with a need for an organization to promote the images of Hot Rodders.
But soon the major automakers were offering automobiles with improved performance. As these cars outperformed just about any Hot Rod, with more passenger room minus the effort of tuning the car, the lure of Hot Rods began to wane. However, the 1973 Oil Crisis called on automakers to offer safety and fuel efficiency over performance. This obviously led to the revival of the interest in hot rods again.
There was a great desire to have a standout automobile among the moneyed elite which was filtering down to the not so wealthy but had just as much desire to drive unique cars. With some modifications, these relatively common cars took on a unique, expensive, custom look. Origin of hot rods is very interesting indeed.

The Golden Era Of Hot Rods

The end of World War II may have put an end to early hot rodding but it certainly did not diminish the passion for them. In fact, the golden era of hot rods was just beginning to take roots.
With time on their hands and money in their pockets, California servicemen had a burning new desire to build dream cars. With the mechanical and metalworking skills gained in the military, hundreds of hot rodders and fans flocked to the dry lakes races in southern California. Allover the state and even across the country, street racing caught on, which could be dangerous and even fatal sometimes. Hot Rods did attract a lot of negative publicity for themselves showing the darker side of American youth. 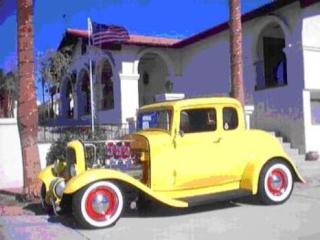 The new postwar America saw a golden time for hot rods which became a hot craze with the young people. In an effort to present the hot Rods in the right light, in January 1948, the first Hot Rod Exhibition was held in Los Angeles. Some 10,000 spectators attended the exhibition, and viewed the positive qualities like craftsmanship, engineering and safety of the hot rods. Robert E. Petersen’s newly-formed Hot Rod magazine, boasted a circulation of 300,000. This clearly marked the soaring popularity of hot rods.

Southern California Timing Association (SCTA), founded in 1938, and the National Hot Rod Association (NHRA), founded in 1951, helped a lot in reversing the negative image of hot rods. Civic-mindedness and cooperation between hot rodders and police developed on a positive note. The result was organized straight-line courses instead of the clandestine street racing. This golden age for hot rods saw many enthusiasts turned to building cars exclusively for racing while others were modifying cars primarily for looks rather than performance. 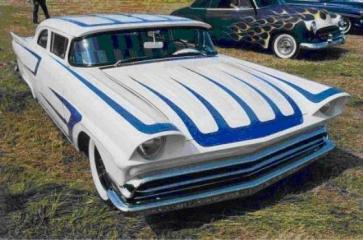 Customizing laid stress on the bodywork while hot rodding sole stress was the engine performance. Severe top-chopping, lowering, or channeling, the entire frame to within inches of the ground was some of the favorite techniques involved. As the golden era of hot rods progressed, details like pin striping, scallops and flames were brought to the level of high art. Custom cars became striking, with strong expressions of individuality. By the end of 1950s, the competition between hot rodding and customizing had grown very fierce.

The 1960s saw the advent of muscle cars, the simple automobiles driven with huge-displacement engines like the Chevy 396, 409 and 427; the Ford 390 and 427. Mustangs and Camaros arrived later in the decade came as smaller pony cars to face the challenges of the early 70s gas shortages. With the rising prices of fuel, the golden age of hot rodding and customizing was over. But was it really over?

The fascination with hot rod cars continues even today. Several thousands of hours are spent by hot rod enthusiasts fixing up their cars. You’ll find many people improving and updating their hot rod cars. It is a passion with them and they take active participation in hot rod races or hot rod shows. Some individuals simply enjoy keeping them in theira pride while tooling on them in their free time. 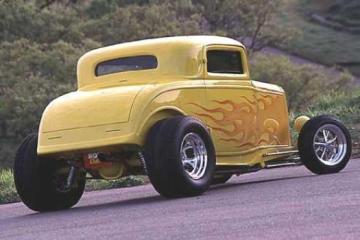 Somewhere about the time, the term “Street Rod” originated. Although it’s sometimes used interchangeably with hot rod, it really is different from the hot rods. Street rod is a car more street friendly for everyday use and has to be functional and safe. It is not as much built just for speed and racing. Moreover they can be modified as much as the owner wants. They also have to be functional and safe. They are not for racing.
Today, the street rods have further evolved into cars built more for a show. Most of them are only driven occasionally or not at all. They only come out of the garage to be transported to a show or competition in an enclosed car trailer. Owners are sometimes so obsessed with keeping their “show car” immaculate, that driving the car on the street isn’t seen favorable by them as they want the car to reach the show in “showroom” condition. 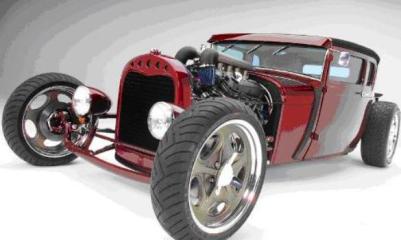 If you’re a striving hotrodder, it is difficult to find the old muscle cars and early Fords. But the rising demand has given rise to companies that specialize in building replica parts. So you can lay your hands on a great looking rod from the ground up, including steel or fiberglass bodies and frames. Today you can find parts available to build any of the most popular classic hot rods and street rods.

DROP US A LINE!

You must have Javascript enabled to use this form.